The subject of psychology or mental science within a philosophy was vast, to say the least and, according to her was boss with the other sciences paying their respect.  The question of comparison between a nervous sensation and the occurrence of consciousness presented vagueness and a muddle of understanding.  Ergs of brain energy also had not been proven in thought sensation.  If the human consciousness has evolved then, it was not at the oscillation or vibration of a molecule in flux from the entity of this world.   The blending of the mind, stretching to motion, did not trick us into a belief of any simplicity of difficulty.  The doctrine of organized thought and the nervous system registered experiences of hereditary and brought about a power of harmony from the ages forward, giving us a reference of precognition.  The axiom of things being equal to the same thing proved an equality to one another.  Then along comes buoyancy accounting for the displacement of weight in a container of liquid not increased by the addition of a live fish.  Go figure. 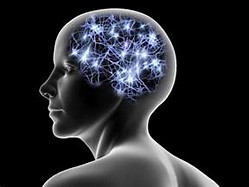 The human body is made up of millions of little grains of living matter so small you cannot see them without a very powerful microscope.

These little grains are called cells.  The living matter inside the cell is called protoplasm.  These cells make up all kinds of living creatures, even plants.

Protoplasm, the essential property of creation and the fundamental essence in living matter is more than 50% water. If any large fraction of this water is removed from protoplasm, the protoplasm dies.  Protoplasm is a very complicated structure of tiny threads and granules and compartments much like the work rooms of a factory.  Organic micro-chips of the future might be modeled after protoplasm because they are the simplest of all living things.  Protoplasm take us nearer than any to the earlier forms of life.

When we get to the story of the human mind we deal with the most efficient part of the bodily machine.  Certain electrical and chemical changes take place in the mind and we call them thoughts.  Similar electrical or chemical changes are what direct the movements of the body and governs human action.  The science of psychology  as described in this article, has been built up around the idea that the mind can often act unconsciously.

The outside layer or grey matter does all the real thinking and consists of nearly 10B separate nerve cells.  Each of these cells has its own tail-like nerve fiber.  The great mass of these separate fibers makes up the inside or white part of the brain.

Our nervous system was made up of separate living cells.  The nerves were outgrowths from these cells, each nerve being a bundle of fibers and each fiber being a sort of long, thin tail that grew out from a living cell.

Scientists believed that thought consisted of nerve messages passed around among the nerve cells in the grey matter of the brain.  The eye saw the words on the screen or page and a message of them was flashed by the eye nerve to the brain.  That started a lot of other brain cells into operation and they passed messages back and forth.

The higher animals can think.  In certain matters like getting food or escaping from enemies, they can think almost as well as human.

Babies learn in the first year of life, more so than during any later years. They learn how to move their muscles, eyes and other senses and how to make their bodies do what they want them to; but they also learn many mental skills.

The brain, as you know, is the most delicate part of the human body. Physicians hesitate to tamper with it.  The theory was, pumping purified air into the brain makes it possible to locate exactly the position of tumors and to remove them.  A brain tumor usually causes either idiocy or death. Best benign.

A healthy nerve was always ready to carry a message just as soon as it was given one.  If a body was in bad condition for some reason, the nerves sometimes got too ready for orders, like a racer making false steps.  This made what we call nervousness.

One of the theories of psychology was that our minds may contain ideas or mental tendencies of which we are not ordinarily conscious, but which nevertheless influence what we do and think.  In supposition, you are about to drink some soup.  Automatically, you pick up the proper spoon. Your unconscious mind picks up the spoon for you without your thinking about it at all.

Psycho-analysis was a method developed in the last few years of finding out what is going on in the unconscious mind.

The movements of the sleep-walker were under the temporary control of the unconscious mind.  The conscious part of the mind was asleep and knew nothing about what was going on.

People blushed because all the little blood vessels of the face expanded and became gorged with blood, the color of which showed through the skin. The enlargement of the blood vessels was due to a nerve order from the brain.  see this article on  Thought Process.

According to the ABCs of Science, another public domain tomb;

The thyroid gland seems to be a kind of switch controlling both the rate and form of animal growth.   After experimentation with tadpoles and the Mexican axolotl fed on thyroid, an application to humans in early development found a thyroid extract could turn a cretin into a normal, happy, healthy child.  The article concluded in the supposition of living 500 years with controlled growth from the thyroid gland !!